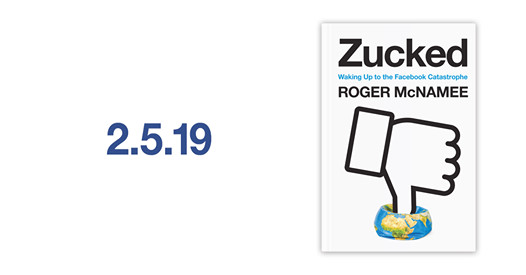 I am a longtime tech investor and evangelist. Tech had been my career and my passion, but by 2016, I was backing away from full-time professional investing and contemplating retirement. I had been an early advisor to Facebook founder Mark Zuckerberg— Zuck, to many colleagues and friends— and an early investor in Facebook. I had been a true believer for a decade. Even now, I still own shares in Facebook.

In terms of my own narrow self-interest, I had no reason to bite Facebook’s hand. It would never have occurred to me to be an anti-Facebook activist. I had spent a career trying to draw smart conclusions from incomplete information, and one day early in 2016 I started to see things happening on Facebook that did not look right. I started pulling on that thread and uncovered a catastrophe. In the beginning, I assumed that Facebook was a victim and I just wanted to warn my friends. What I learned in the months that followed shocked and disappointed me. I learned that my trust in Facebook had been misplaced.

“Zucked” is the story of why I became convinced, in spite of myself, that even though Facebook provided a compelling experience for most of its users, it was terrible for America and needed to change or be changed, and what I have tried to do about it. My hope is that the narrative of my own conversion experience will help others understand the threat.

Along the way, here on the very platform the book is about, I will share what I know about the technology that enables internet platforms like Facebook to manipulate attention. I will explain how bad actors exploit the design of Facebook and other platforms to harm and even kill innocent people. How democracy has been undermined because of design choices and business decisions by internet platforms that deny responsibility for the consequences of their actions. How the culture of these companies causes employees to be indifferent to the negative side effects of their success. And how right now, there is nothing to prevent more of the same.

Please comment and ask questions. I look forward to hearing from you.

Penguin is running a Galley Giveaway Sweepstakes that runs until Jan 3rd!